Faber-Castell’s jumbo version of the Castell 9000. It’s interesting that the diameter of the cores seem to vary less between degrees than they do in standard-diameter pencils. 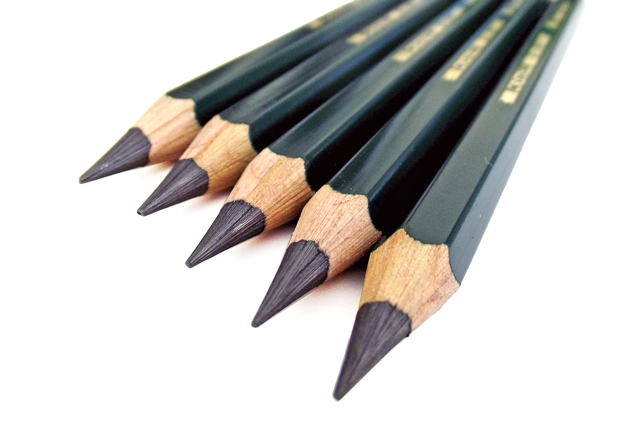 They are the same length as the standard Castell 9000, it’s just the diameter that is larger in the jumbo.

The increased diameter of the core amplifies the powdery character of the leads. That’s not a criticism—they’re just as strong as the standard 9000. In comparison, they are of an entirely different character than, say, the Staedtler EX-EXB, which is also a large-diameter pencil, but has a more waxy lead.

Like the Staedtler, they work on surfaces that you might be reluctant to try with a standard diameter pencil, such as marking something rougher like wood.

This entry was posted in Pencils, Photographs and tagged Faber-Castell, Pencils. Bookmark the permalink.