From what I understand, even in Japan wood-cased pencils are considered a niche product. Mechanical and drafting pencils are more prevalent among people who use pencils, which means there are fewer high-quality wood-cased pencils available. Perhaps the most notable among them are the Mitsu-bishi Hi-Uni and the Mono 100 by Tombow. 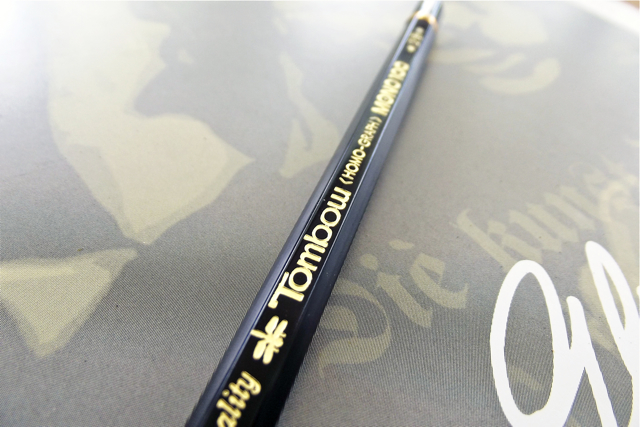 It’s difficult to imagine a more perfectly manufactured wood-cased pencil. Even if you favor other brands, you have to admit that the quality of the Mono 100 is exceptional: the cedar sharpens perfectly, the imprint is clear and crisp, and the lacquer has no flaws or chips. Each pencil has a plastic end-cap, which tapers slightly and is precisely aligned. It’s the kind of pencil that you hesitate to sharpen for the first time. There’s a single-mindedness about the design of this pencil and it shows, from its performance all the way down to the packaging. 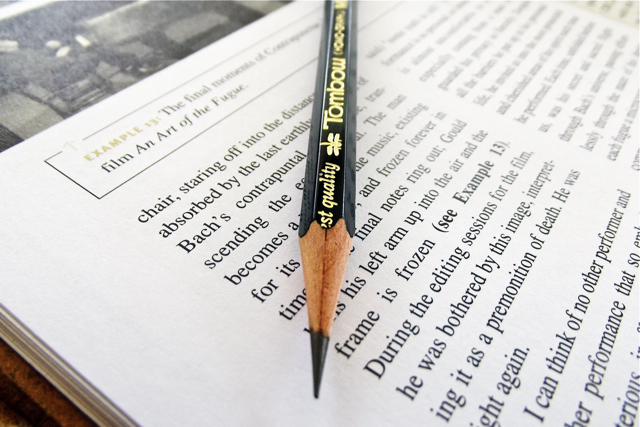 It’s nearly impossible for me to choose between the Hi-Uni and the Mono 100, though I’m sure advocates for each brand could describe what they consider to be the vast differences in quality between the two. Since I prefer slightly darker pencils (and as a result, pencils that are smoother), I’ve tried a 2B and a B. On smooth stock there is very little difference between the two, but on rougher paper I tend to use the B since it wears a little better.

Even though I have a great deal of appreciation for these pencils, I still have the feeling that there are things I’m taking for granted. My feeling is that, while both German and Japanese pencil manufacturers have a deep sense of tradition associated with their pencils, there is something different about the Mono 100. I don’t at all mean to slight other manufacturers, but I would characterize it this way: The pinnacle of German pencil-making craft and European traditions have resulted in perfected versions of the Castell 9000 and the Lumograph. Whereas Japanese tradition and craft have culminated in perfected versions of the pencil in general, as demonstrated in the Mono 100 and the Hi-Uni. Perhaps what I’m trying to say is that there seems to be a shared spirit between high-quality Japanese pencils, above and apart from individual brands and competition.

This entry was posted in Pencils and tagged Mitsubishi Hi-Uni, Tombow Mono 100. Bookmark the permalink.