I’m Sure They Meant Well

Every once in a while, some of the early 20th-century ad copy I come across leaves me scratching my head. There is everything from impossible-to-prove claims which are backed by “experts” and “scientific” evidence, to colorful language and (questionable) expressions that have fallen out of use. But even if you allow for the time period, you sometimes have to wonder what the advertising department was thinking when they came up with ads like these.

The Bayonet of Peace
On its own it’s a questionable metaphor but worse still was that it was written in 1915, while the First World War was raging in Europe: 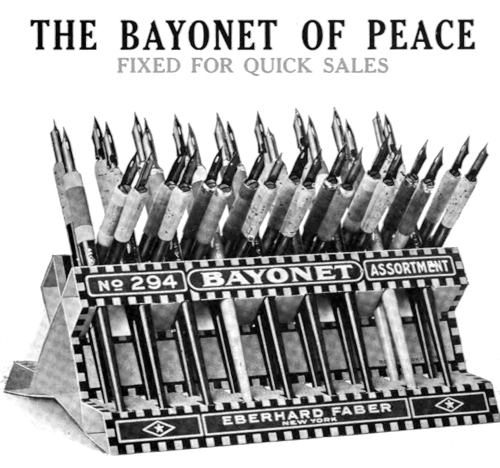 The Nomadic Mongol
Even if a palatable link were possible between ancient brutal warfare and the pencil industry, the notion that the Mongol has “leveled the Chinese wall of competition” might even have troubled the great Khans of Pencildom: 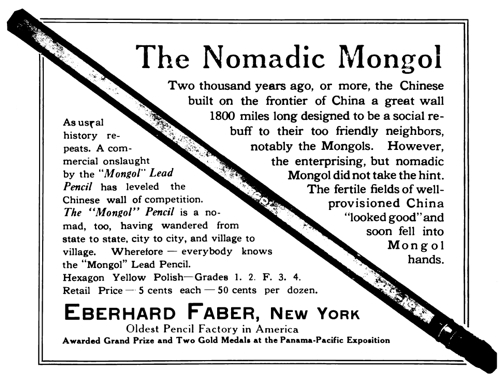 This entry was posted in Pencils and tagged Eberhard Faber. Bookmark the permalink.

3 Responses to I’m Sure They Meant Well