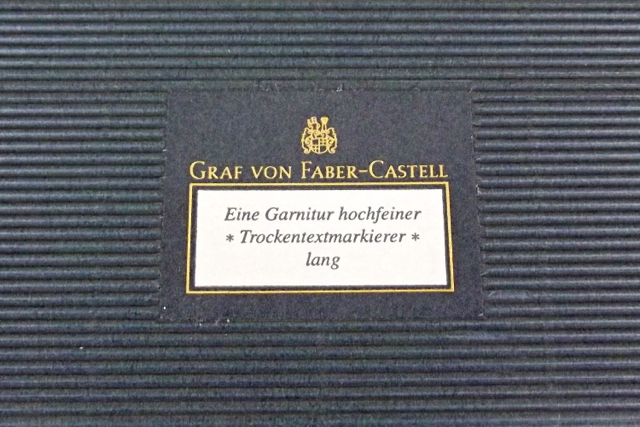 I don’t know when these dry highlighter pencils from Graf von Faber-Castell were discontinued, but they appeared in their 1993 inaugural catalog: 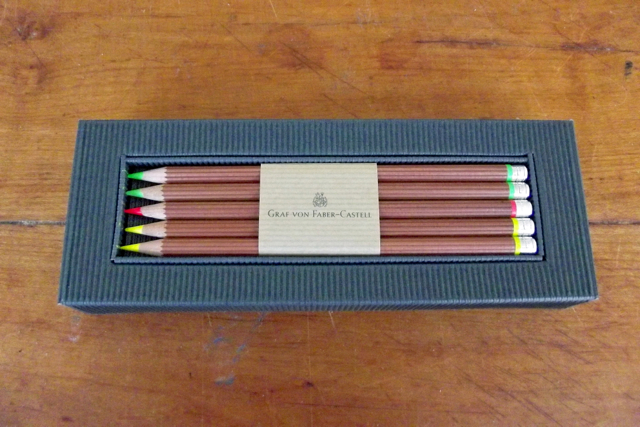 Just as with their premium desk pencils the ends are capped and silver-plated, but a small plastic band which indicates the highlighter color is included as well. The precision fit of the barrel, band, and cap is remarkable (I’d be interested to know how this was accomplished in the production line): 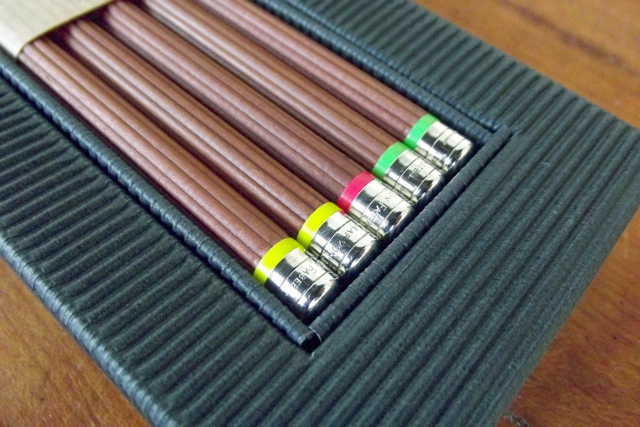 Though there was no colored-pencil line from GvF-C (i.e. an artists’ line) that I know of, there was one other set of colored pencils, which were indelible/document pencils. But like this set, they are difficult to come by. 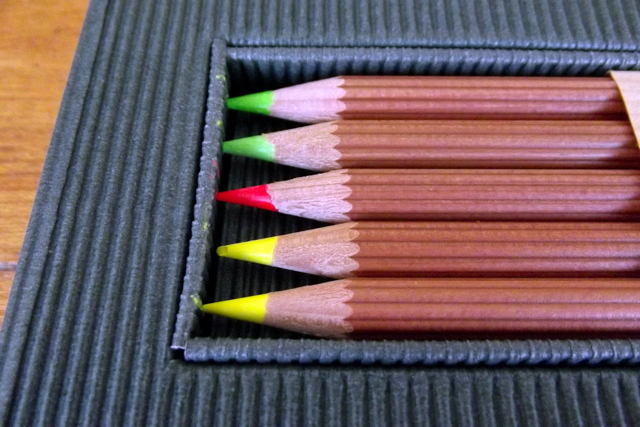 This entry was posted in Pencils and tagged Graf von Faber-Castell. Bookmark the permalink.