In case you haven’t seen any of the previous posts on this topic, Eberhard Faber’s “clamp” eraser was patented in 1921 and was first used on the Van Dyke line of pencils:

Soon to follow were a variety of accessories, such as this clamp eraser with an attached brush: 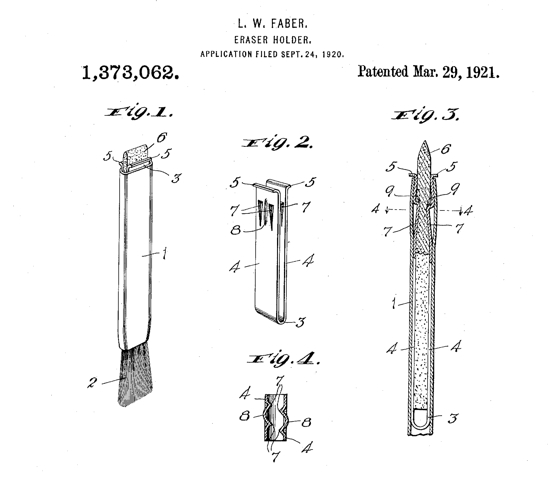 There were a few predecessors of this design, which “clamp” in their own way: 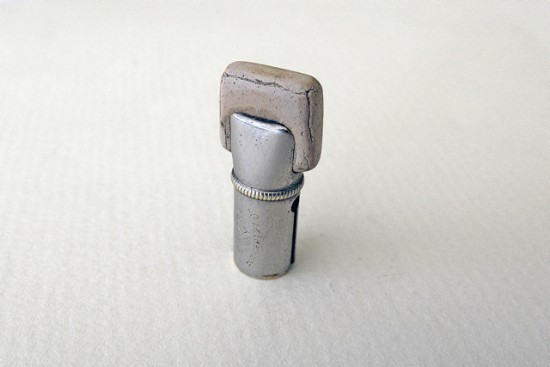 But it seems that they may have all followed from an original design patented in 1891:

This design was first marketed as the clasp eraser, as found in this advertisement from an 1891 trade magazine:

I have no earthly idea when the clasp eraser was discontinued much less if it was offered for 30 years, but by taking up its position in the catalog in 1921 it suggests that the clamp eraser was more than just a new product—it was the culmination of this eraser’s design; I have yet to see clasp-like eraser designs after the clamp eraser was introduced.

After 1921 I don’t think there were any significant changes or updates to the clamp eraser (as it appeared on their pencils), though the word “clamp” was dropped from product catalogs and advertisements as early as the 1940s, instead being referred to as a “removable” and/or “self-cleaning” eraser even up until the early 1990s.

As the Van Dyke 601 eventually became the Microtomic 603, it was one of only two pencils left that featured the clamp eraser:

Eberhard Faber’s Blackwing 602 was the last pencil to feature the clamp eraser.