There have been some interesting posts about red & blue pencils lately, such as these posts from Pencils and Other Things, as well as these two posts from Lexikaliker. I don’t have very many examples to share, but here are a few that I find interesting.

Many of them come in the form of “checking” pencils, which can either be half red and half blue, or just red or blue:

The brand names can vary, such as the Referee pencils above. The Eberhard Faber Company also had a line of Okay pencils:

It was a popular line, which was expanded to include the colors white, yellow, and green: 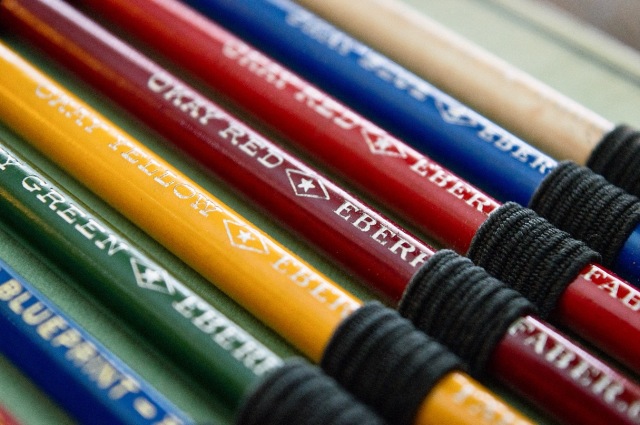 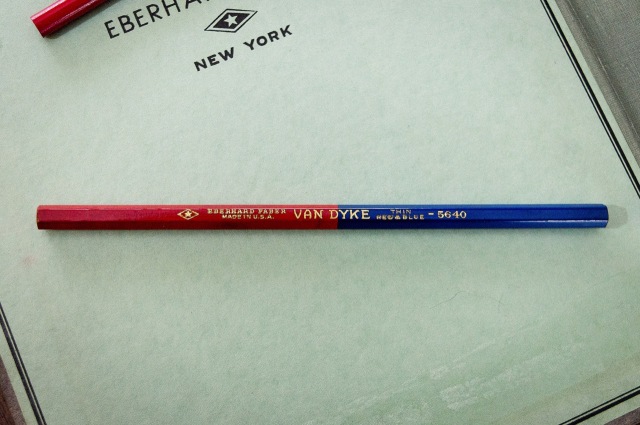 Second is this Mongol red and blue, complete with gold cursive stamping:

The sample book that holds these pencils was originally in poor condition. The elastic material was so old and desiccated that it crumbled at the lightest touch. 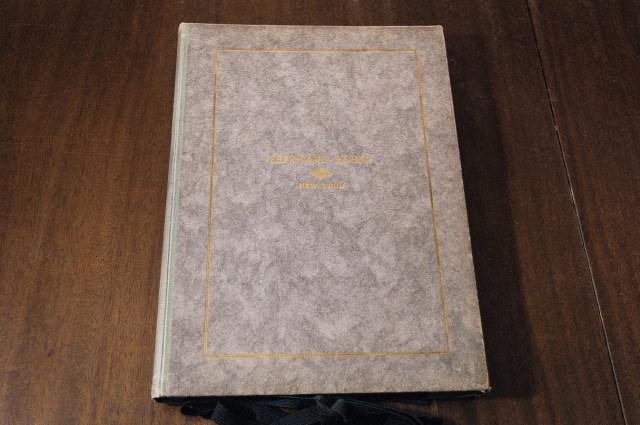 So I removed all of it and went looking for a suitable replacement. I glued the tips of the new elastic in between the outer cardboard and the inner lining, then threaded them through each of the staples.

Since sample books are hard to come by I wanted to try and restore it (and its identical partner, not pictured). Once the elastic was in I did few more passes with a soft eraser to clean the interior, and now it’s ready to hold pencils for another fifty years.

Here are a few more I’ve placed in this folder, including a Van Dyke Star and a Mongol Stenographic: 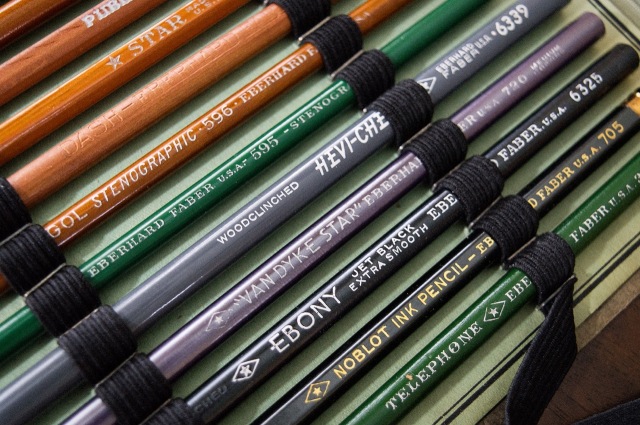 12 Responses to Eberhard Faber: Red & Blue. And Red. And Blue.