About four years ago I wrote about a rarely-seen set of highlighter pencils from Graf von Faber-Castell. They were among the earliest items from their luxury line, which began in 1993, along with these document pencils: 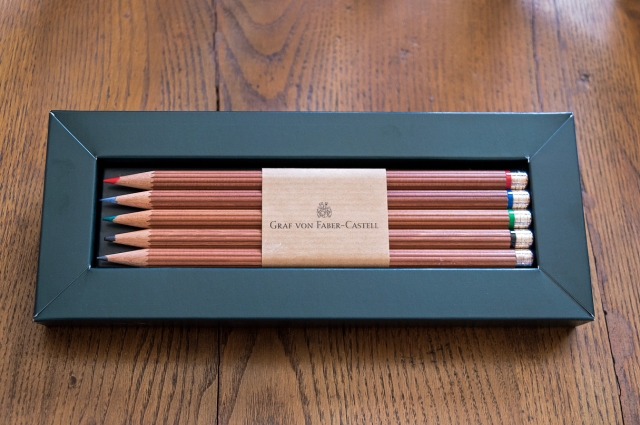 This set came with red, blue, green, and black indelible pencils. The fifth pencil is a regular graphite pencil. (The black pencil’s point is chipped. But rather than sharpen the rest to an even length, I’ll just ascribe it to the vagaries of wabi-sabi.)

Along with fluted barrels, these premium cedar pencils have the signature silver-plated caps of the Graf von Faber-Castell line, as well as a colored plastic ring to identify the lead’s color. The tolerances and fit are remarkable: 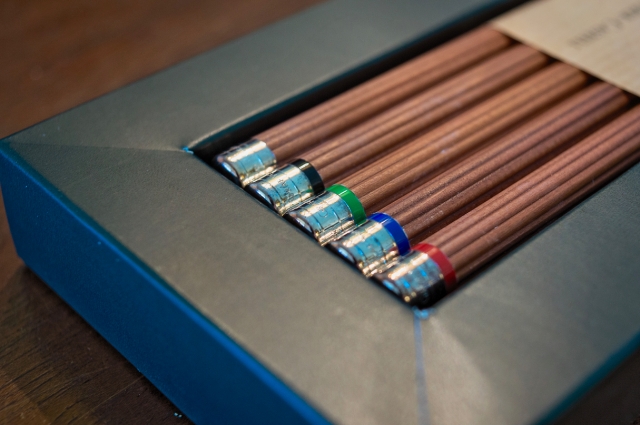 The set is wrapped with a thin, lightly textured sheet of paper whose lines catch the fluting of the pencils. It also bears the company’s logo: 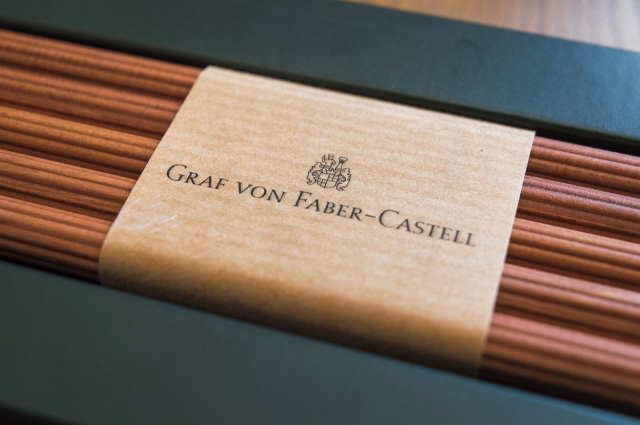 There is something about the products and packaging from the early years of this line that have always appealed to me.

The highlighter and document pencils would eventually be discontinued, but they lasted until at least 2001—the date when this photo of Count von Faber-Castell was taken: 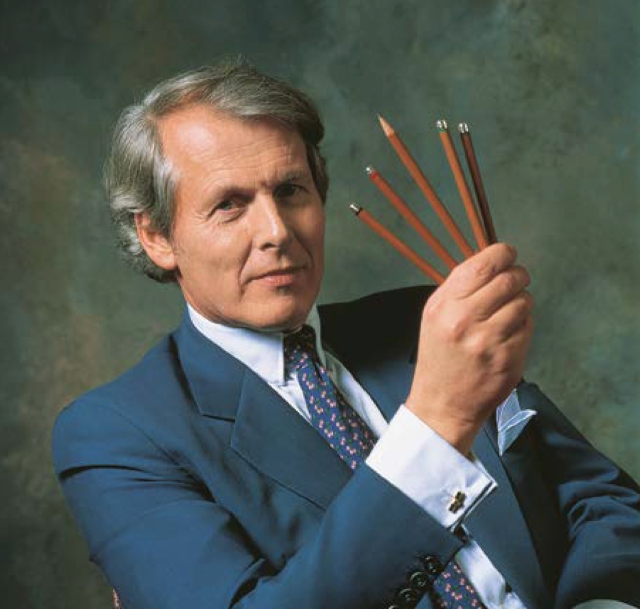