Beware the Dry House: Fire and the Faber Factories

The first Eberhard Faber factory (erected in 1861, on First Avenue along the East River) famously burned to the ground in 1872. That same year, the company opened their new factory in Greenpoint. Recently, I was surprised to learn of another fire. Then another. And yet another.

Five years prior, in November, 1867, a fire started in the “drying and japanning room.” As reported by the Brooklyn Daily Eagle: 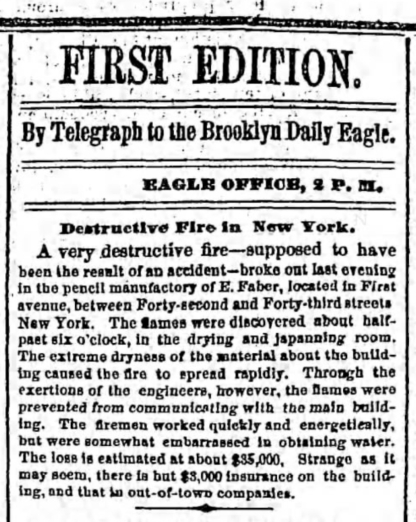 Luckily the fire did not engulf the entire building, though the firemen were “embarrassed in obtaining water.”

After the 1872 fire, having established a new factory in Greenpoint, the dry house was destroyed by fire in January, 1901. Sadly, a horse stable nearby was destroyed: 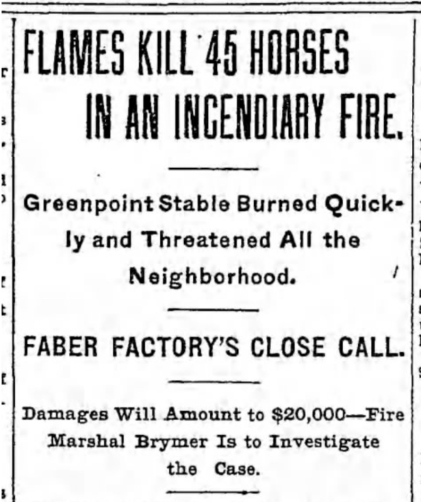 The following is an entry from the minutes of the Eberhard Faber Company Board of Directors meeting, which describes the extent of the damage: 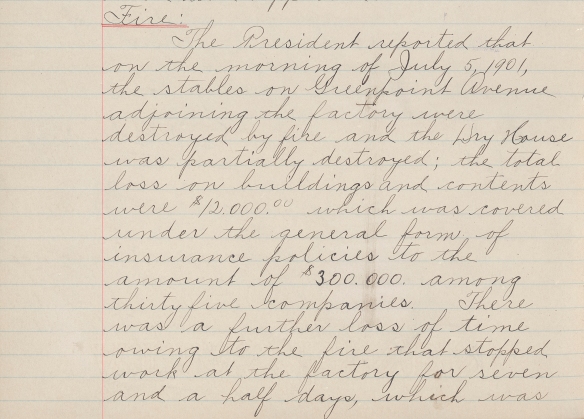 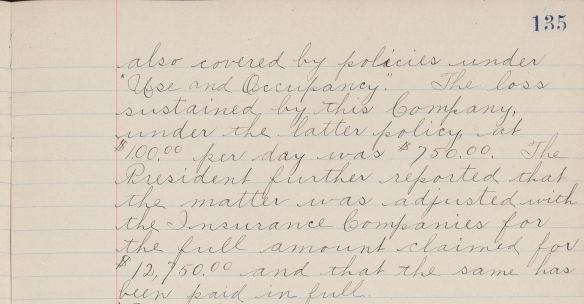 Yet another fire occurred in January, 1903. You may see a pattern beginning with regard to the source of the blaze, per the Brooklyn Daily Eagle:

I looked for an entry in the company’s minutes, and found this: 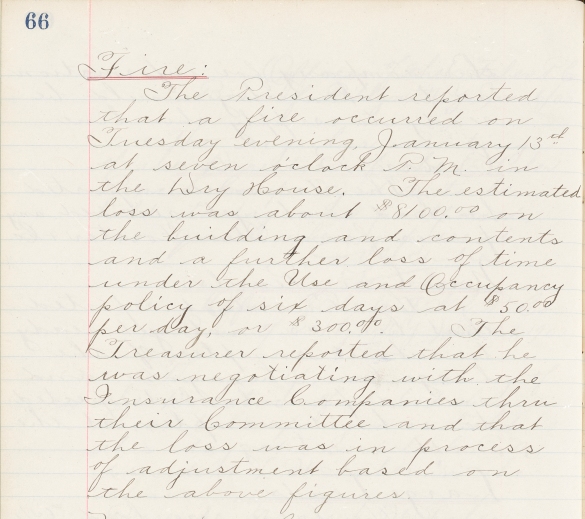 This all reminds me of the risk that flour mills face due to dust explosions (a possible source for the expression “keep your nose to the grindstone”). The Eberhard Faber Company would experience more fires in the years to come, which makes me wonder how common an event like this might have been for other manufacturers.

Has A.W. Faber, Staedtler, Lyra, Dixon, Hardmuth, or Schwann, etc. had any fires that you know of?

1 Response to Beware the Dry House: Fire and the Faber Factories